Many players are being bought out from their current contracts and looking to find new homes on the roster of a contender.

The trade deadline has come and gone, but player relocation is still a factor.

Since 3 o’clock on last Thursday, the trades for the NBA are cutoff. But that hasn’t stopped teams from moving players and opening roster spots for others. The Lakers, Cavaliers, Mavericks, and now the New York Knicks, are all taking part in the buyout market. Here’s the latest: 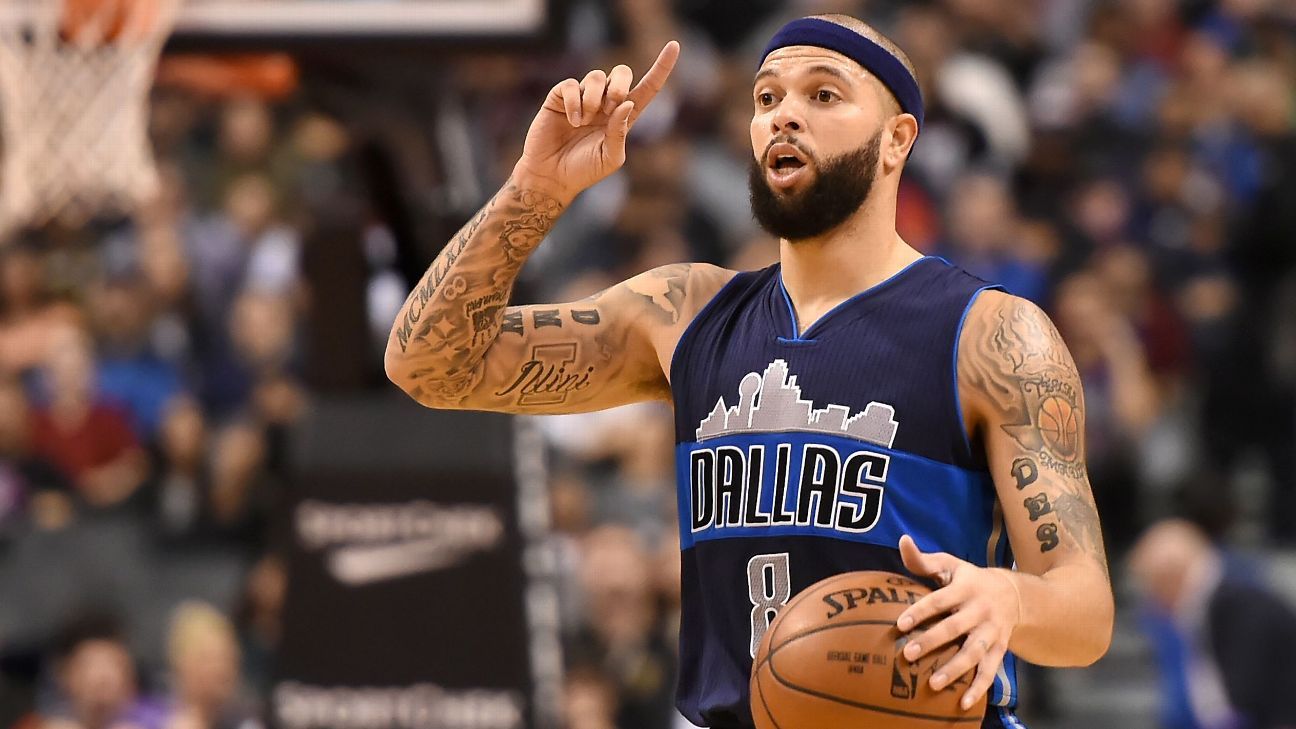 A 4-time All Star and 11 year veteran, Deron Williams is still a very relevant player on the court. However, after the emergence of young talent Yogi Ferrell, Dallas decided it was time to hand over the reigns. Unsuccessful at moving Williams at the deadline, a buyout was agreed upon immediately following. Knowing that LeBron was looking for a play maker and backup for Kyrie, his agent contacted Cleveland. There’s reportedly mutual interest on both sides, with the Cavaliers prepared to sign him once he clears waivers Wednesday. After making over $142 million in his career, Williams will make $900,000 more to finish the season with LeBron.

After what has been an incredible bounce back season, Terrence Jones is a free agent once again. The Pelicans pulled off THE trade this season by acquiring Cousins and Casspi and decided Jones was one big man too many. In his one season in New Orleans, Terrence averaged 11.5 points and 5.9 rebounds. He hasn’t gauged interest from teams yet, but expect a contract as we get closer to playoffs.

An 11-year veteran in this league, Jose Calderon hasn’t seen much success in recent years. From Dallas, to New York, and now Los Angeles, the guard is really closing out the end of his career. Averaging just 3.3 points and 2.1 assists in 12 MPG this season, the Lakers haven’t found much use for him. With plenty of other guards on roster (Russell, Young, Clarkson, Ennis), Los Angeles announced Monday that he was completing a buyout with the organization. With eleven seasons under his belt, some might think his hopes for a championship are over. Well, guess again. Jose Calderon’s next move? Joining the Golden State Warriors. Rounding out their roster in preparation for another championship tear,Golden State will be looking for the veteran to turn back the clock for one last run.

The former 1st overall pick, and 2015 NBA Champion, was traded from Dallas to Philadelphia on Thursday. Neither party had interest in maintaining the contract, so it was reported today that both sides agreed to a buyout. Having won an NBA championship already, Bogut appears still very interested in continuing his career. Plenty of teams are interested in Bogut, but he appears to have his eyes set on another championship. This time, with the Cleveland Cavaliers. ESPN reported on Tuesday that Bogut has vocally announced his interest in joining Cleveland, upon clearing waivers.

The biggest surprise since the trade deadline, Brandon Jennings was waived by the New York Knicks Tuesday morning. Although the Knicks were the only team to offer him a contract in the off season, many teams have already taken interest. The Charlotte Hornets and Washington Wizards have emerged as the top suitors for the former 10th overall pick. Averaging 8.6 points and 4.9  assists a game, Jennings would certainly aid any team at this point in the season. With Washington playing at such a high intensity, signing Jennings would certainly add to their depth in preparation for the playoffs.

All stats and information provided by ESPN and Adrian Wojnarowski.